The History Behind SCUBA Educators

SCUBA Gets Organized: A History

Shortly following World War II, a wide interest in skin and SCUBA diving developed in the United States. Small independent groups of divers sprang up in organized clubs all over the country. Dive training was incredibly varied in length and intensity with a lack of standardization.

In 1954, a group of YMCA, Red Cross, and National Academy of Sciences experts encouraged the Council for National Cooperation in Aquatics (CNCA) to take a look at the safety aspect of this engaging and rapidly growing activity.

The material was outlined to produce capable and confident students of this new underwater sport. Through the winter of 1954-1955 a test course was directed by Bernard E. Empleton. 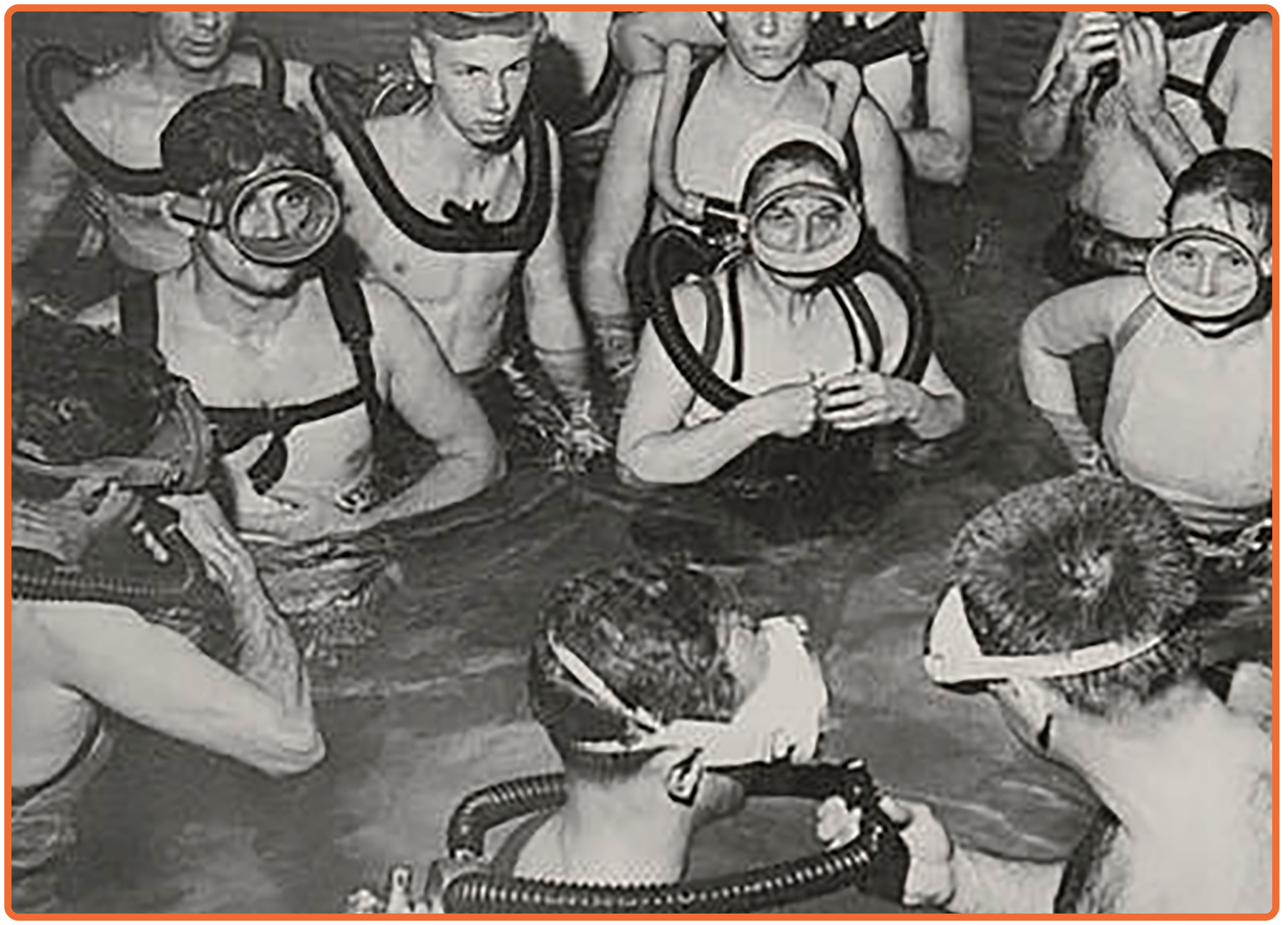 The YMCA, through Mr. Empleton, then developed its own course of instruction and in 1959 began certifying the first YMCA SCUBA diving instructors. This program was the first nationally organized course in the field.

In 1969, the Professional Diving Instructors College, or PDIC, was formed by Ed & Ruth Brawley in Monterey, California.  This was the first SCUBA instructor’s college in the United States.  PDIC trained and certified thousands of divers and instructors over the years and was a founding member of the Recreational Scuba Training Council (RSTC).  From its beginnings in the United States, PDIC expanded into over 35 countries worldwide!

Frank & Doris Murphy purchased PDIC from the Brawley family in the early 1980s and changed the name to the Professional Diving Instructors Corporation and moved its headquarters to Pennsylvania. 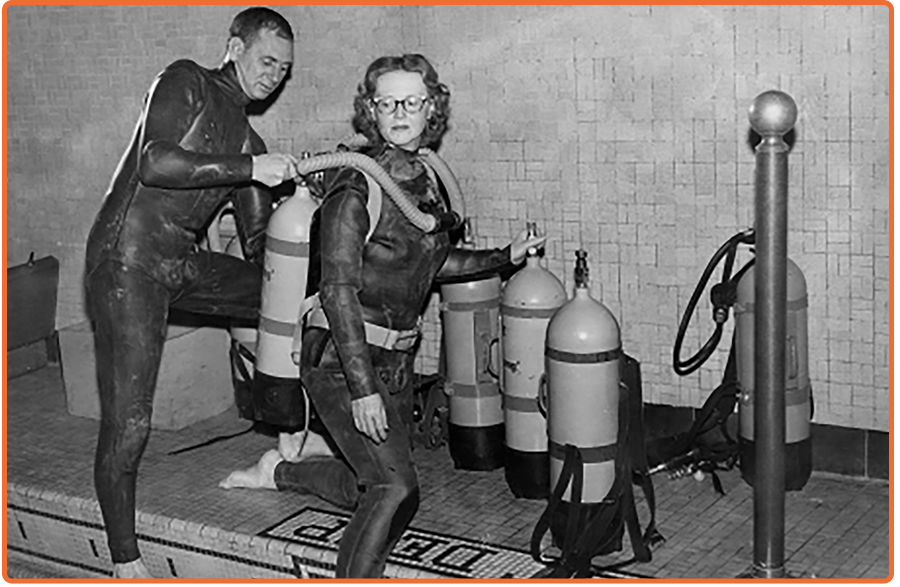 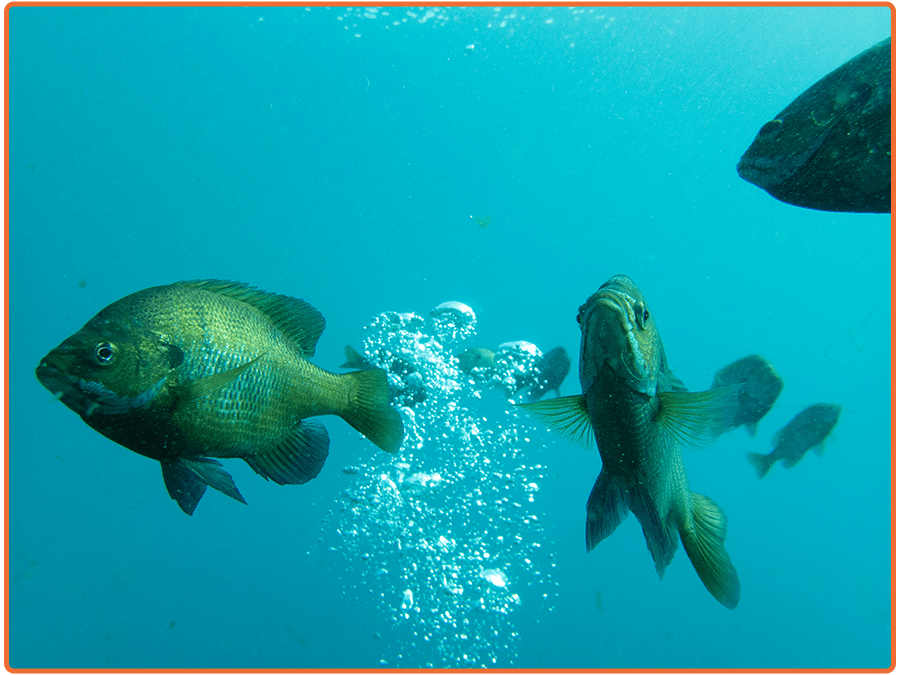 In 1972, the National Board of YMCAs hired a full-time SCUBA director and established a national SCUBA headquarters in Atlanta, Georgia.

In 1976, the YMCA SCUBA Underwater Activities Program was established. This National Center for Underwater Activities was dedicated February 18, 1977 and the Center provided administrative and technical support while advancing the area of continuing education for recreational skin and SCUBA divers. The Center also conducted a sophisticated program of research and development and operated an underwater college for divers and those from other agencies including the U.S. Army Special Forces and the U.S. Corps of Engineers divers. SCUBA instructors from all over the country participated heavily in the program.

The YMCA SCUBA Program recognized the need for a lifesaving course designed specifically for divers. In late 1977, a committee was convened to consolidate the education for SCUBA Lifesaving and Accident Management (SLAM) into a practical and concise package. The first book of this type in the SCUBA industry was published in November of 1978 through the combined efforts of several agencies.

In mid-1985, the YMCA became part of a national committee to develop Instructional Standards and Minimum Course Content for Entry-level SCUBA Certification. On September 1, 1986, the standards were finalized and approved by the major United States certification agencies. YMCA SCUBA became an active member of the Recreational Scuba Training Council (RSTC) which is the secretariat to the ANSI SCUBA Instructional Standards.

As the YMCA program approached its 50th year, YMCA of the USA made a decision to sunset the program, thus ending the involvement of YMCA in SCUBA education.

After the announcement in 2008, former YSCUBA instructors Ken Nemeth, Dan Marelli, and Tom Leaird made a decision to begin a new agency with no connection to the YMCA but continuing with the spirit of its high education standards. Tom Leaird led the creation of Scuba Educators International (SEI), to uphold this tradition of excellence and a new agency was born. 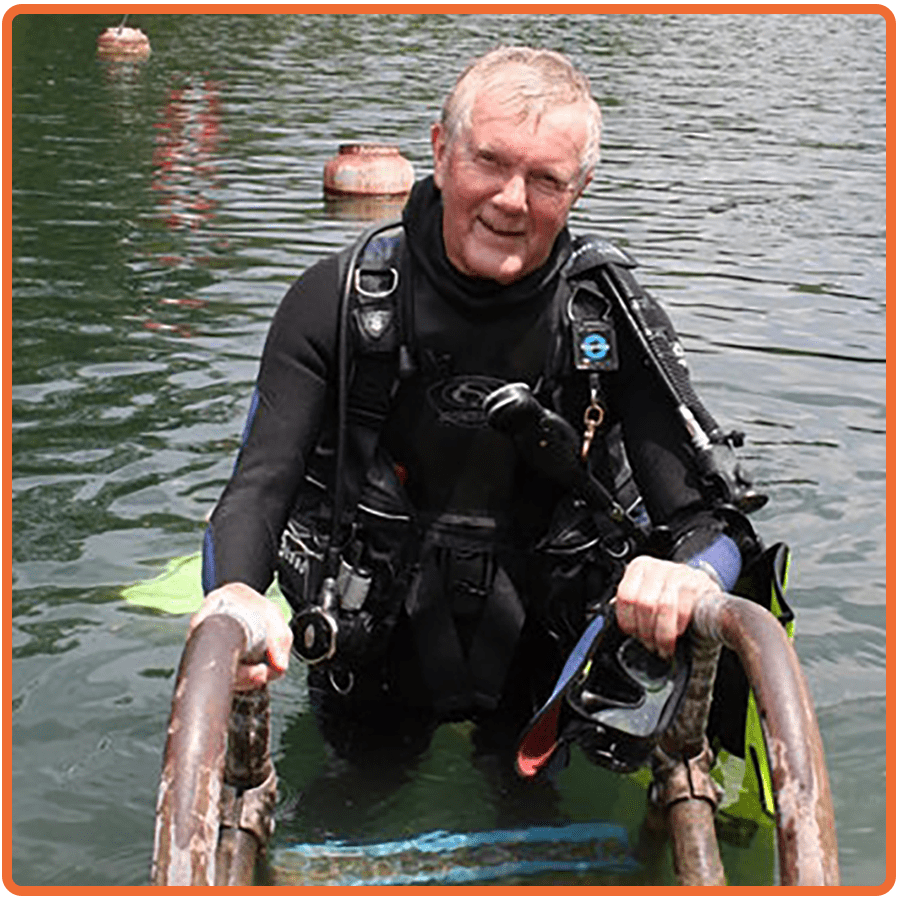 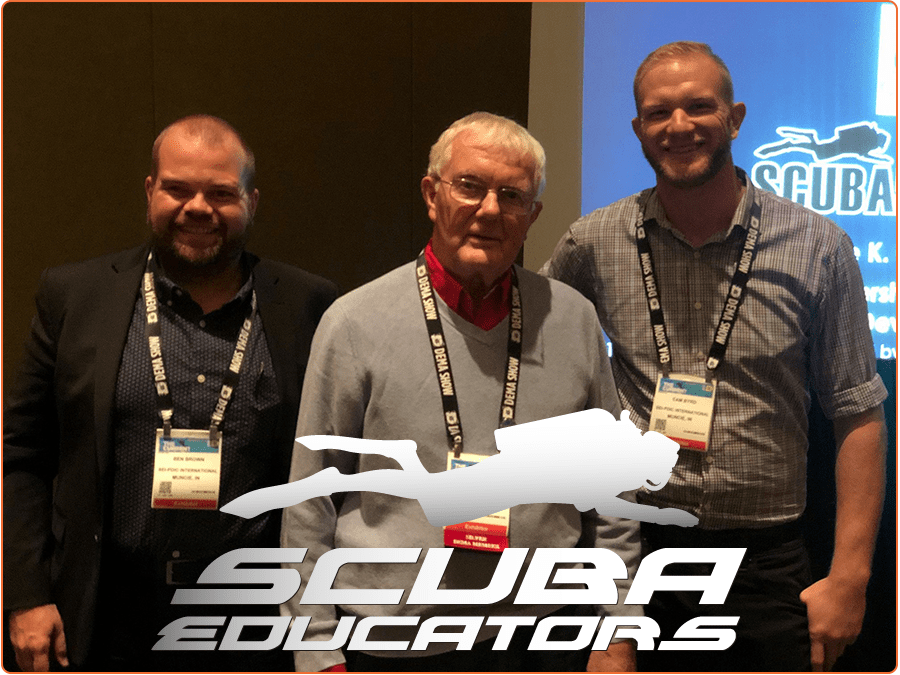 PDIC was purchased in 2011 by Scuba Educators International and they have continued as one company ever since. SCUBA Educators still upholds the same dedication to quality SCUBA training that it has for over 60 years and continues as a member of the RSTC.

Today, Tom Leaird serves as the Director of Education. Some new additions have been added to the team to continue in the SCUBA Educators tradition – Ben Brown as Director of Business Affairs and Cam Byrd as Director of Outreach and Marketing.

Now you know it all. We are proud of our long history in SCUBA and love what we do. We hope you’ll join us for the next 60 years of diving!

Helping People Feel at Home in the Water for Over 60 Years!